Last week, I got myself this bike. It's a 60 cm Zieleman, type Special, from Reynolds 531 tubing, produced in 1975. The components are absolutely rubbish and ready for the garbage bin. Just the handlebars (nice Cinelli nr. 64 with shield logo), handlebars stem (Cinelli 1A, but wrong length, some scratches and corroded and bit worn bolts) and wheels can be used. The wheels are Shimano 105, Mavic MA40 clinchers and new Vredestein Tracer tyres. After re-trueing and adjusting the bearings, I may be able to get around EUR 30 - 40 back for these.
The frame and forks don't have serious damages, but there are quite some scratches on the paint. A bit of rust, too, but nothing serious. The paint looks cracked all over. The ears of the set lug are a bit deformed, but that can be repaired, I hope. I hope that a glued in reinforcement will keep it allright afterwards.
To be honest: it doesn't look very good. The style of the frame is really 1970's, a very basic build as we know it from Ko Zieleman, nothing fancy, not as stylish as the frames from the 80's and 90's. But I hope that, after cleaning and a good rub with Commandant cleaner, it will look a lot better and brighter.
I seriously consider a repaint with original logo's and decals as far as I can get or reproduce them. If the paint would have been okay, I wouldn't have considered that, but since all Zieleman frames seem to have quite a poor paint job and this one doesn't look nice at all, I think it's the best option.
Started looking for and dreaming about nice colour schemes already. At the moment I prefer a plain (metallic) champagne / pearl-shell gold colour with black and white logos.
Most probably, it will get a full Campagnolo Record gruppo, which I still have to find, with tub wheels, quill pedals with clips and straps and all other classic parts from the 1970's and 1980's. Most parts are still available, but prices are increasing. And good, unworn parts are rare and bloody expensive. I've to hope for a very good occasion. E.g. and old, complete bike that doesn't have too much km yet. An owner who stopped riding, never started riding or is just going to ride more modern. Such a bike will be not easy to find and it may take some time. But I'm not in a hurry. I don't have to look for a particular frame size and I can re-sell the frame set and get a few Euro's back.
Some challenges will be the long reach brake arches and all the clamp bands (shifters, cable guides at BB shell, top tube cable guides, bottle cage). I will keep using the clamp bands and not have parts brazed on.
The project has started for a very aceptable price and I hope that I can keep it that way. In the end, the value of a Zieleman will only increase.

Tonight I'm going to have a look at this bike. If it looks allright and I like it, then I'll buy it for a new vintage "geared road bike" project. I'm only interested in frame and fork, but every else that use usable or sellable is a bonus. 60 cm c-t is 1 cm higher than my ideal size, but this is do-able. Perhaps it's even better because of the longer top tube. The price is very reasonable. Of course it could be cheaper, but Zieleman is pretty rare and more and more people will be after it. If it's technically okay and not too rusty, it may turn out to be a small bargain. Especially after a couple of years. It will become a nice sunday bike.

Some ceramic tiles I have laying around somewhere. Not nice enough to hang on the wall, too rare to throw away. Sooner or later these will be worth something.
The tiles have never been available to the public. Just handed out for special occasions. As reward for people who had a proposal to improve product, production or business. Maybe also for celebrators of a jubilee, dealers, business-relations, etc. Every year there was a new tile, so there much be a bit more than you can find here.

Interested? EUR 200.- for all 12 tiles together or make a good offer...
Not one by one, but the whole series in one shot.
No shipping, only pick up. You can imagine why.

Not mine, but found on the www: 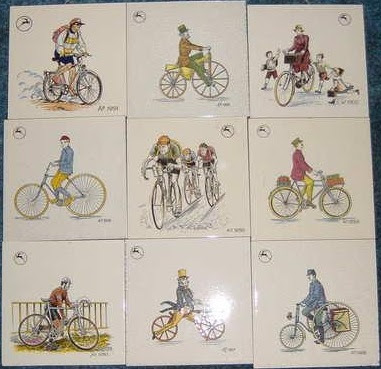 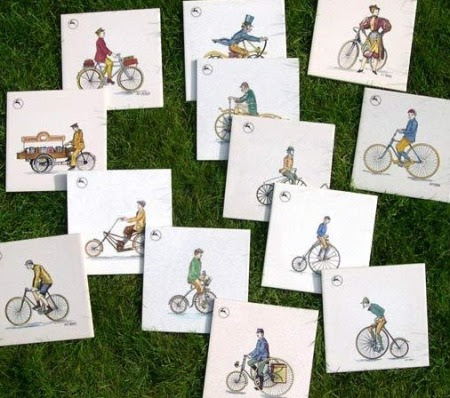 After having made a modern track bike (Giant), a vintage Alan track bike and a not so vintage "Reco" track bike, it's time to think about a geared road bike. A bit of a contradiction with the title and profile of this blog, but I'm riding a geared road bike mostly, so from that point of view it makes sense. 10 or 12 speed, steel, Campagnolo or Shimano, perhaps a mixture of different brands, everything is possible. First, there must be a nice frame set. Once that is acquired, the decision for the componentry will be made and the search for parts started.
The long list:
Gazelle, Zieleman, Presto, Raleigh, Eddy Merckx, Bottecchia, Ciöcc, Rossin, Colnago, Bianchi, Viner, Colner, Moser and lots of other nice, classic frames.
Gazelle for the logical reason that, when I started racing and even before that, lots of good racers (including my neighbour Theo de Rooij) were riding Gazelle. And of course the fact that I spent a few years of my life at that company.
Zieleman and Presto, because they're nice vintage bike brands. Several guys I race with rode Zieleman. I remember Eric Roelofs and André van der Horst. For some reason I've always been thinking that André's dad had something to do with Zieleman.
Presto: I know it because of Jan Legrand (especially him) and Peter Serier.
Raleigh again because of Legrand and because all Dutch guys from my generation have grown up with the TI Raleigh racing teams.
Eddy Merckx bikes are (were) just good, nice and classy and Eddy is a legend.
Bottecchia because the good ones are pretty rear, because the SCIC team with Saronni and Roy Schuiten rode these and because Teun van Vliet had one as a junior. Teun was one of the best juniors of my generation.
Ciöcc is even rarer and the 1st one I remember with a Ciöcc is Jacques Hanegraaf. Also as a (world class) junior.
Colnago: almost everyone had one or more or just dreamed about it. I grew up with the idea that this was the ultimate frame and finally got one. Not extremely special though.
I've always had a tick for Bianchi. Was it because of Fré de Jonge or because of the legendary Bianchi teams?
Rossin? Don't know. Same as all the other (nice) Italians.
I can go on like this for a while. But let's see what crosses my path and how it turns out. 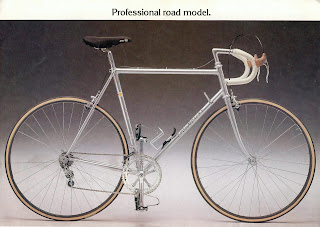 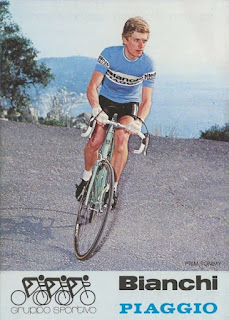 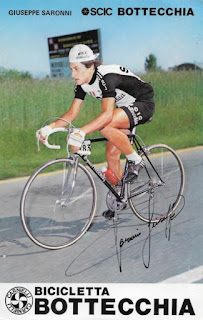 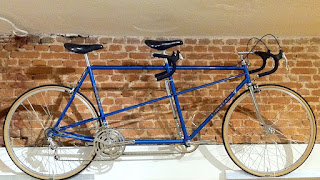 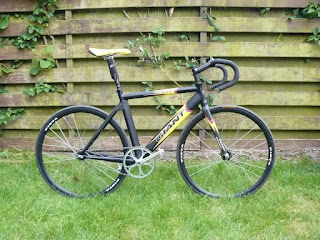